3 recipes for a tasty weekend.

I know it's been a long time since I last posted here! I've been busy with plays and work and today I finally feel like I'm on top of things again, long may this feeling last!
This caused me to spend some time baking this weekend and so here I am to share my recipes with you, my dear reader chums.

I have fond memories of visiting my friends in America and enjoying American style hashed potatoes for brunch. This Saturday I woke up in the mid-morning, feeling quite peckish, and decided to make some brunch for myself.

I chopped up about 5 Charlotte potatoes, they have a waxy texture so can stand boiling and then frying whilst still keeping their shape and not turning into mush. The chunks were bite size so they didn't take long to boil. I was always told to boil anything from under the ground in cold water. So the potatoes go into the pan and then a pinch of salt and cold tap-water is added.
When the water is boiling I cooked until they were just tender, following this the potatoes were drained and left in the colander to dry.

Next I chopped up 2 rashers of back bacon and fried them off in some butter and oil, butter for the flavour and oil for its ability to handle higher temperatures. When these were cooked through I added some chopped cabbage and sliced onion. They sauteed down and then I added seasoning, along with a tap or two of smoked paprika.

The potatoes were added to the pan next and spread out in an even layer. I fried the lot, turning the potatoes a few times, until they were crispy. A generous grating of cheese was sprinkled over the top and the whole lot popped under the grill to brown off.
Meanwhile I fried an egg for a garnish.

When plating up the hash, the egg was draped over the top and some piri piri hot sauce drizzled along the ridges. 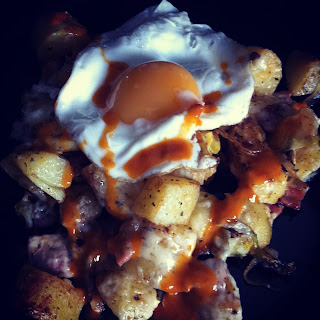 Banana Flapjacks
I was craving some flapjack goodness and when I saw that the humble oaty bar has fallen from grace and is being out competed by it's showier, more fancy, often more dry, cupcake competitor I was spurred onto make some.

I lined a deep rectangular baking tin with baking parchment and preheated the oven to 180C. Then in my favourite copper based pan I melted 200g of butter, 160g of soft brown sugar and 3 1/2 tablespoons of golden syrup. In a separate bowl I weighed out 450g of rolled oats and tapped in a sprinkle of nutmeg. When the contents of the pan had melted I mashed up 2 bananas (kept in the freezer when browning for this very purpose).

finally I poured the liquour into the oat mixture and stirred it all together. It was poured into the baking tin and smoothed out then popped in to the overn and baked until golden and firm.

Once cool the flapjacks were cut into 16 squares. 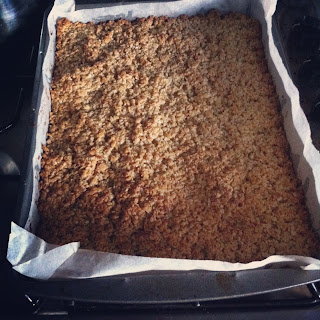 Tofu Tortilla Cups
Whilst spending some time on Pinterest, my new obsession, I came across a mini lasagne recipe using wanton pastry and a cupcake tin. This inspired me to make use of the tortilla wraps I had frozen and make some stuffed tortilla cups.

I finely diced a small onion and a clove of garlic, frying them off in a pan before adding a teaspoon of lazy chopped chilli. To this I added half a package of sesame tofu, also diced, and some chopped cabbage. The dry mix was fried off and seasoned with pepper and paprika. 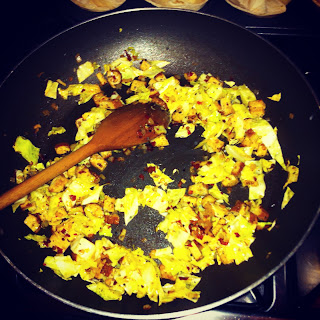 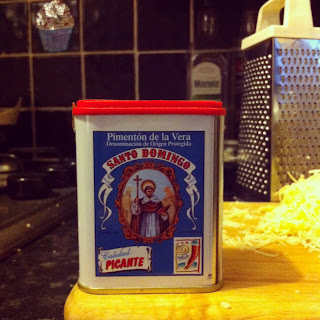 This is the paprika I use, it brings most dishes alive, just the smallest amount has a huge impact!

In a small saucepan I made a basic cheese sauce using the roux method. To this I added an egg and then decanted it into a jug for easy pouring. 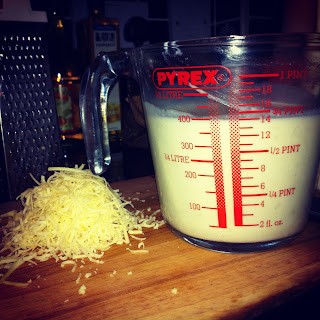 the tortillas were cut into 1/4's and used to line the muffin tin. 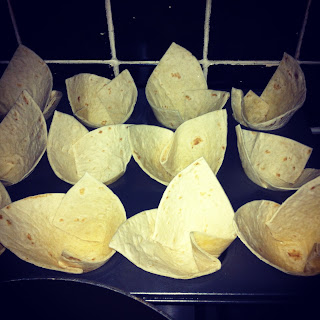 Each cup was filled with two teaspoons of the tofu mix and then the cheese sauce was poured over the top. A light sprinkle of cheddar and tap of paprika finished them off before being popped into the oven. They took about 20 minutes and then when they came out of the over they were removed from the tin and cooled. 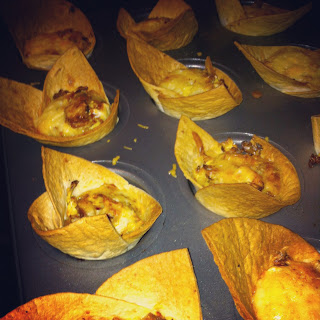 These were very delicious and would make a fantastic cocktail party snack.
I will be making these again!