Wow, what a year and a half it has been. Life has moved me from the UK to the USA and I'm now living in a lakefront apartment in Chicago, exploring all the baking styles this region has to offer and learning to use yet another different oven!

I'm slowly but surely exploring my new city, but with at least 2 years to seek new things, I'm in no huge rush and I feel like I'm settling into life here well.

The baking has continued over the last year, my new favourite recipe being Nigella Lawson's London Cheesecake. A simple recipe which calls for only eggs and cream cheese; none of this sour cream  nonsense.

Today is my second weekly British Bakeoff viewing at a friends house. I'm taking the dessert and have opted to make a cheesecake with mixed berry compote and whipped cream.

Method:
Crush the crackers into a fine crumb. Lacking a rolling pin (its en-route with my shipping) I used the base of my measuring jug. 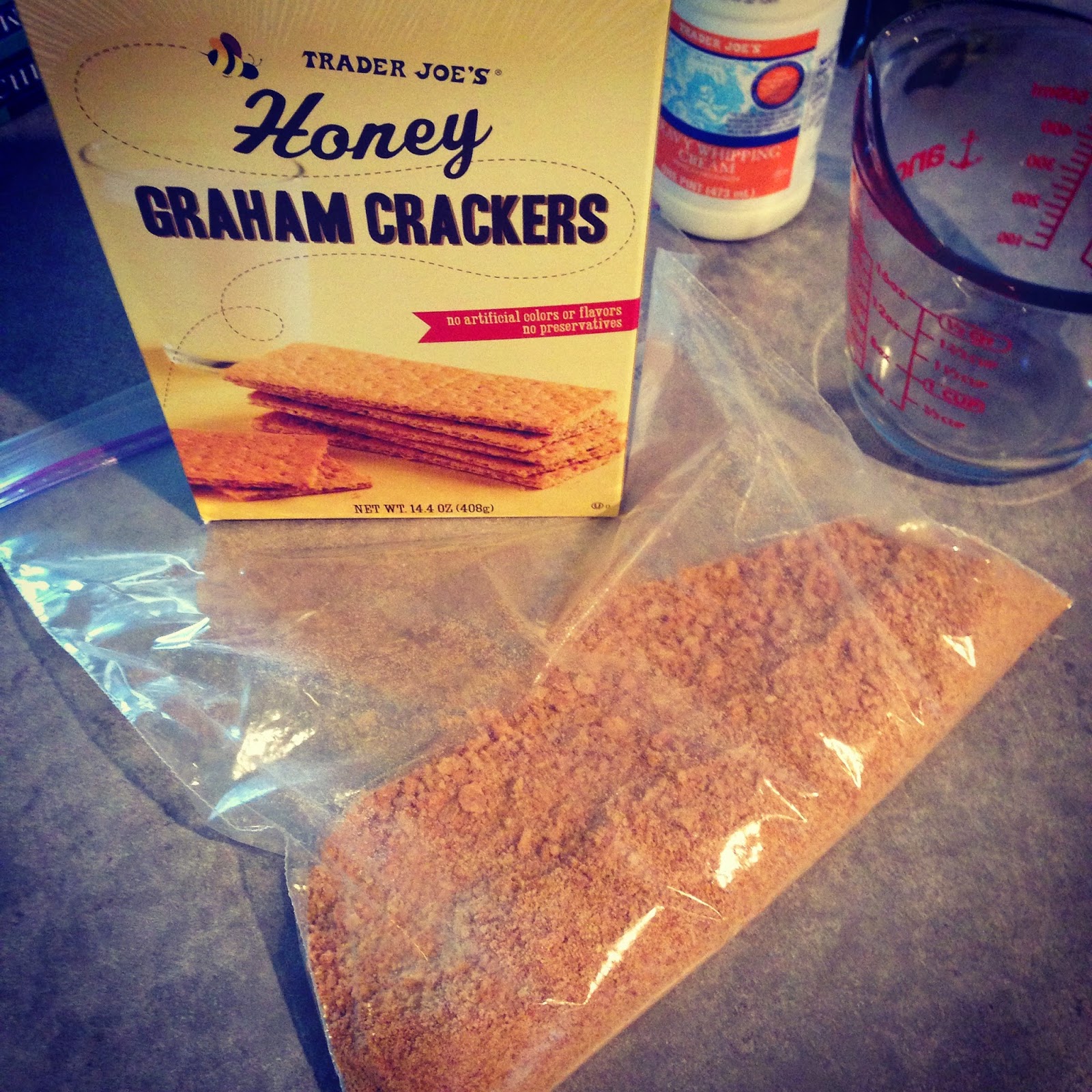 Meanwhile beat the cream cheese so it is soft, add the eggs (beaten), sugar and vanilla. Beat together until a smooth batter has formed. 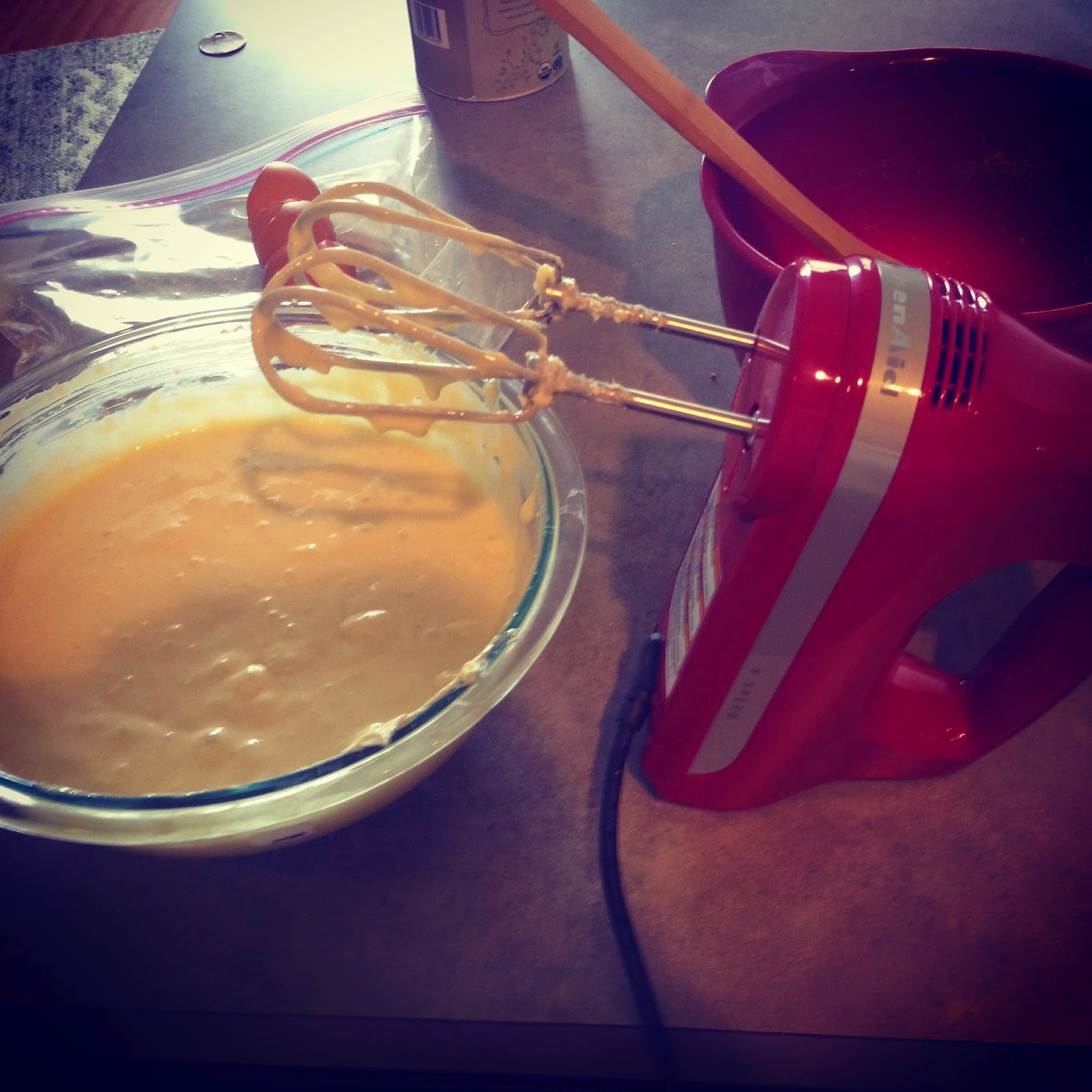 Remove the crust from the oven and let it cool slightly. Then pour the cheese/egg batter over smooth out with the back of a spoon. Bake in the same heat oven for about 25 minutes. 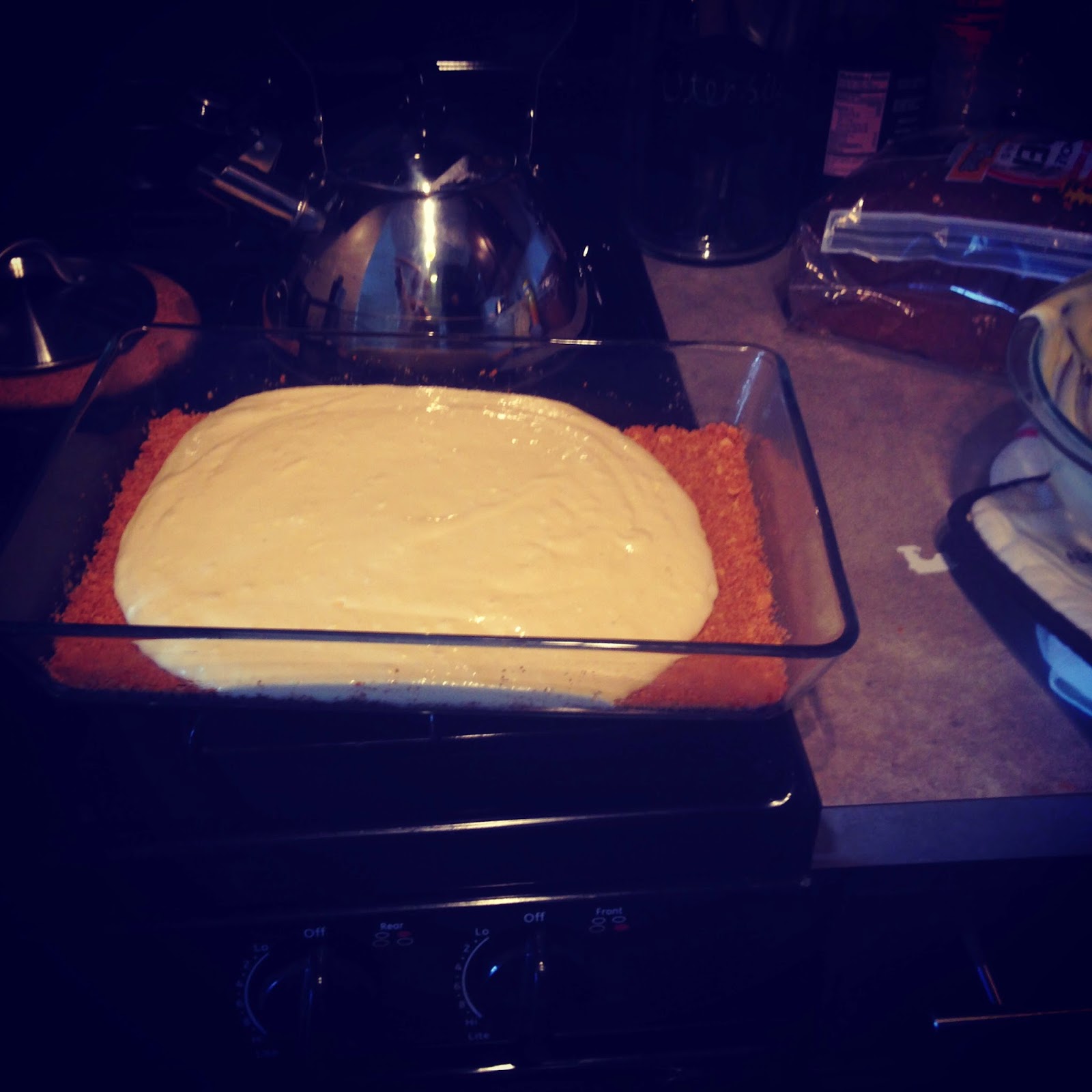 Keep an eye on it, it should be firm, but with a wobble in the middle and the top shouldn't have caught.

At this point I had washed up my bowls and popped one in the freezer for later to make the whipped cream ( a tip given to me by my friend Stephanie Long).

The berry compote is so simple!

I opted for a 'fancy' bag of frozen berries, open them up and put them into a saucepan. Add some sugar to taste and warm up over a low heat. 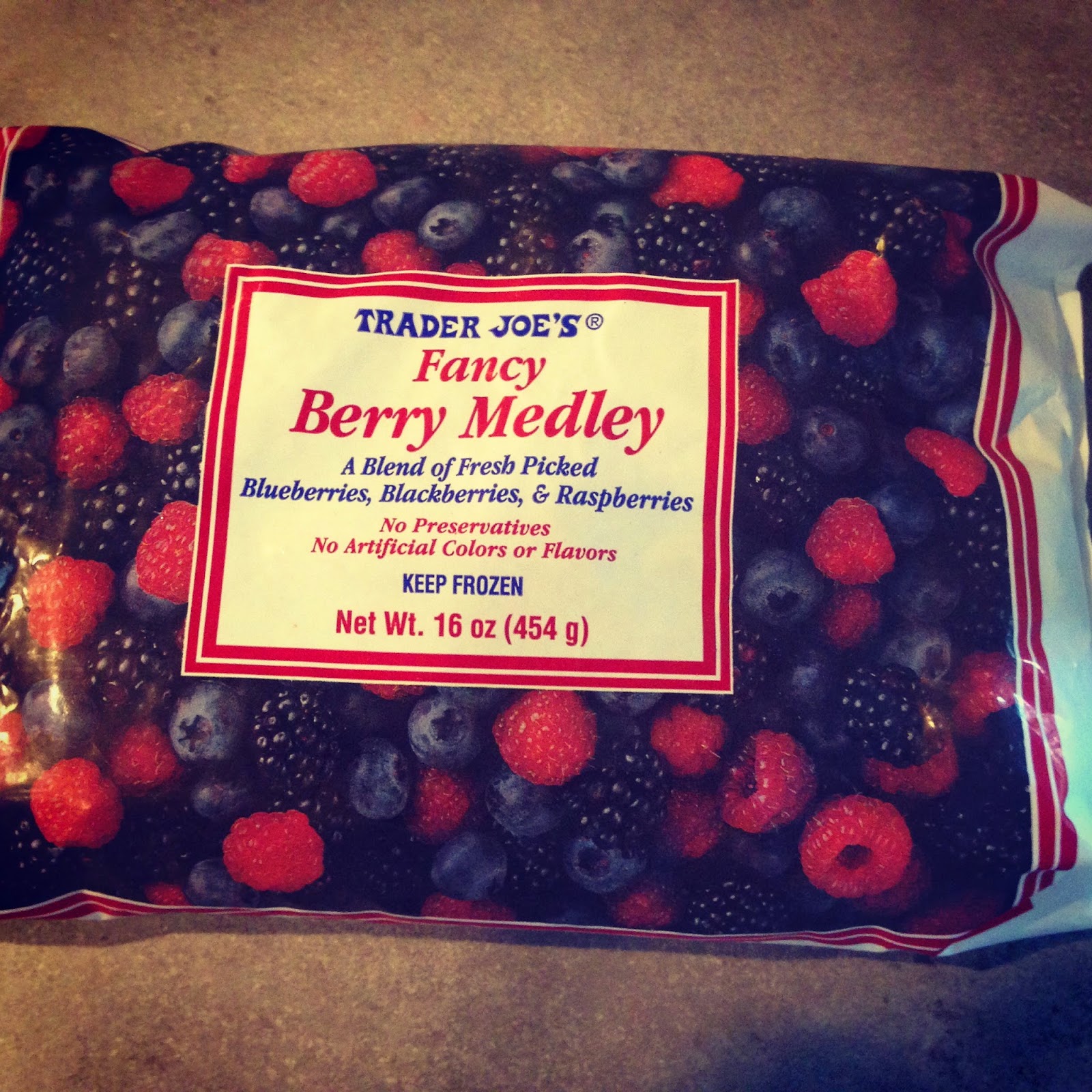 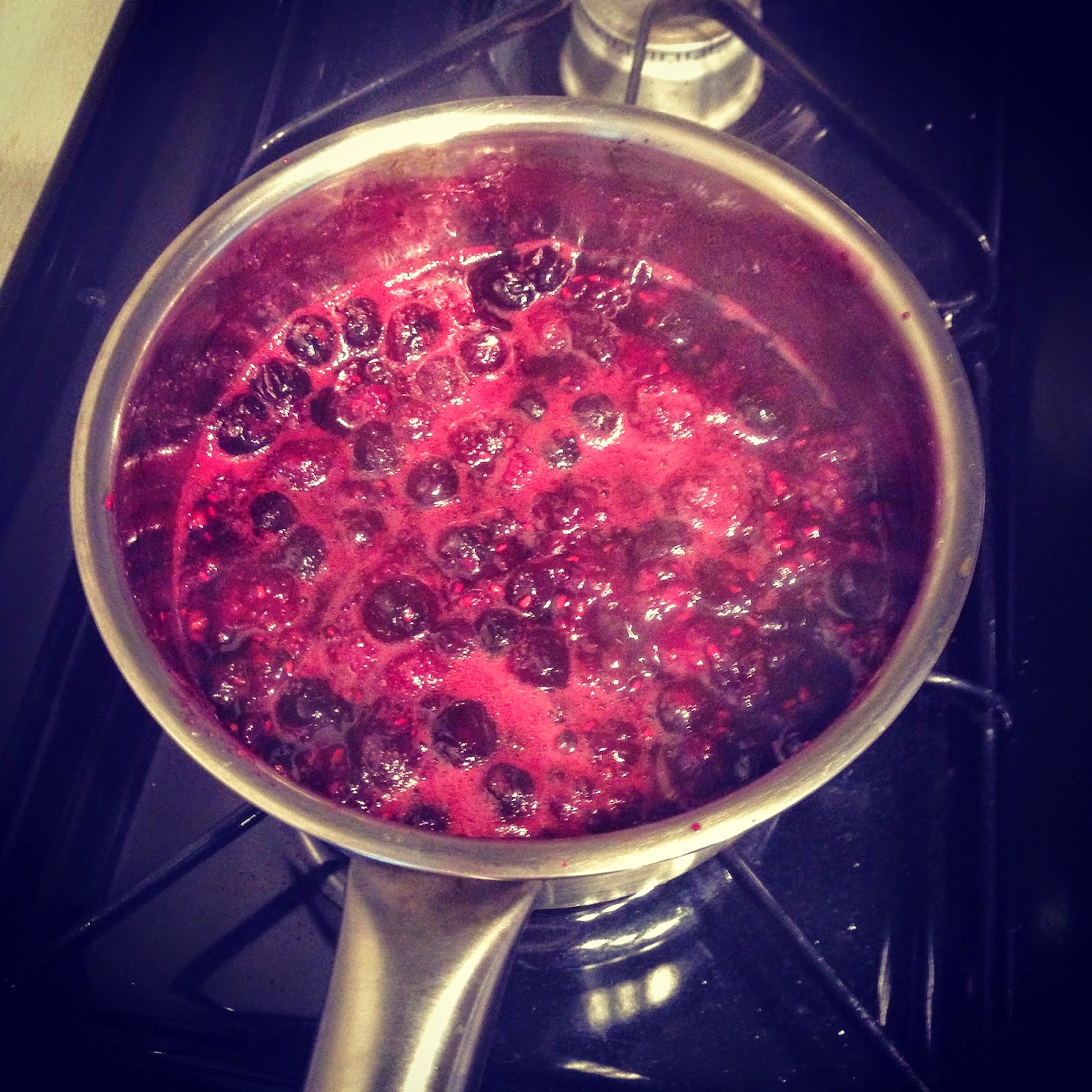 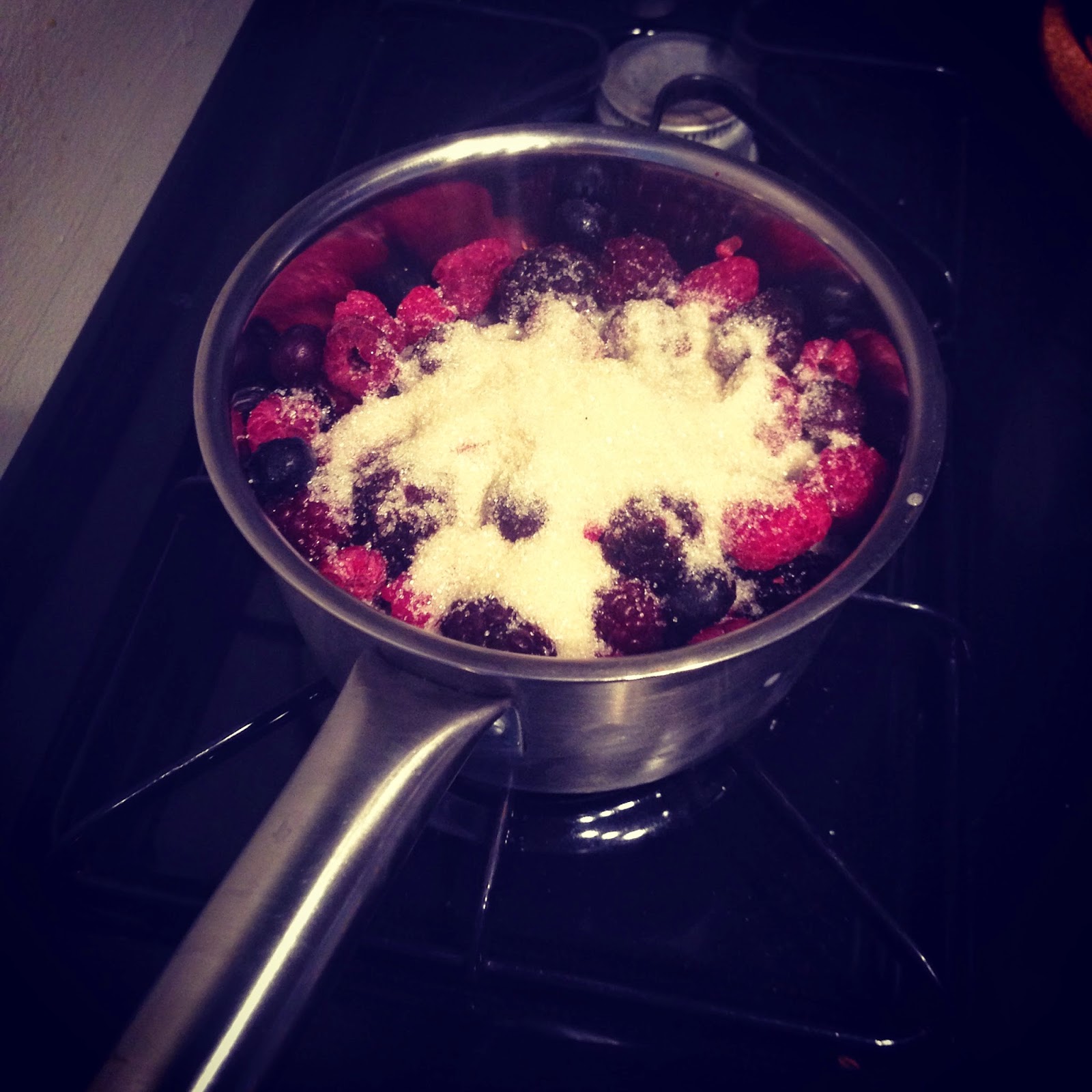 Easy as pie! When they are a suitable consistency then you just pour them over the cheesecake base and put the whole thing somewhere to cool. A fridge would do in a pinch, however it's not great to put hot things in there to cool when you have other food already chilled in there.

Top the whole lot with whipped cream, in the end I used just half of the pint I bought. 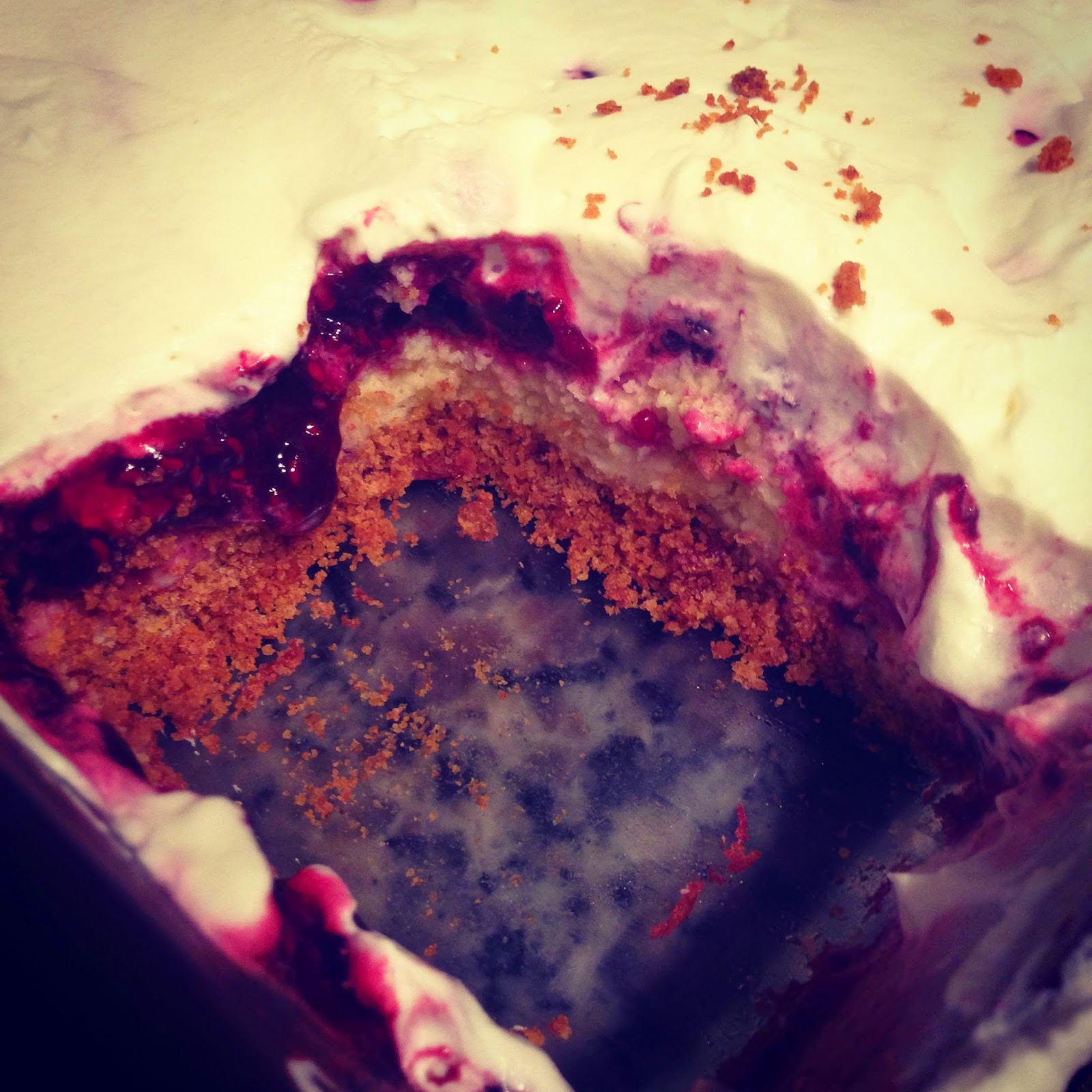 Baking tipple this afternoon has been Smith and Forge Hard Cider. You can take the man out of the West Country... 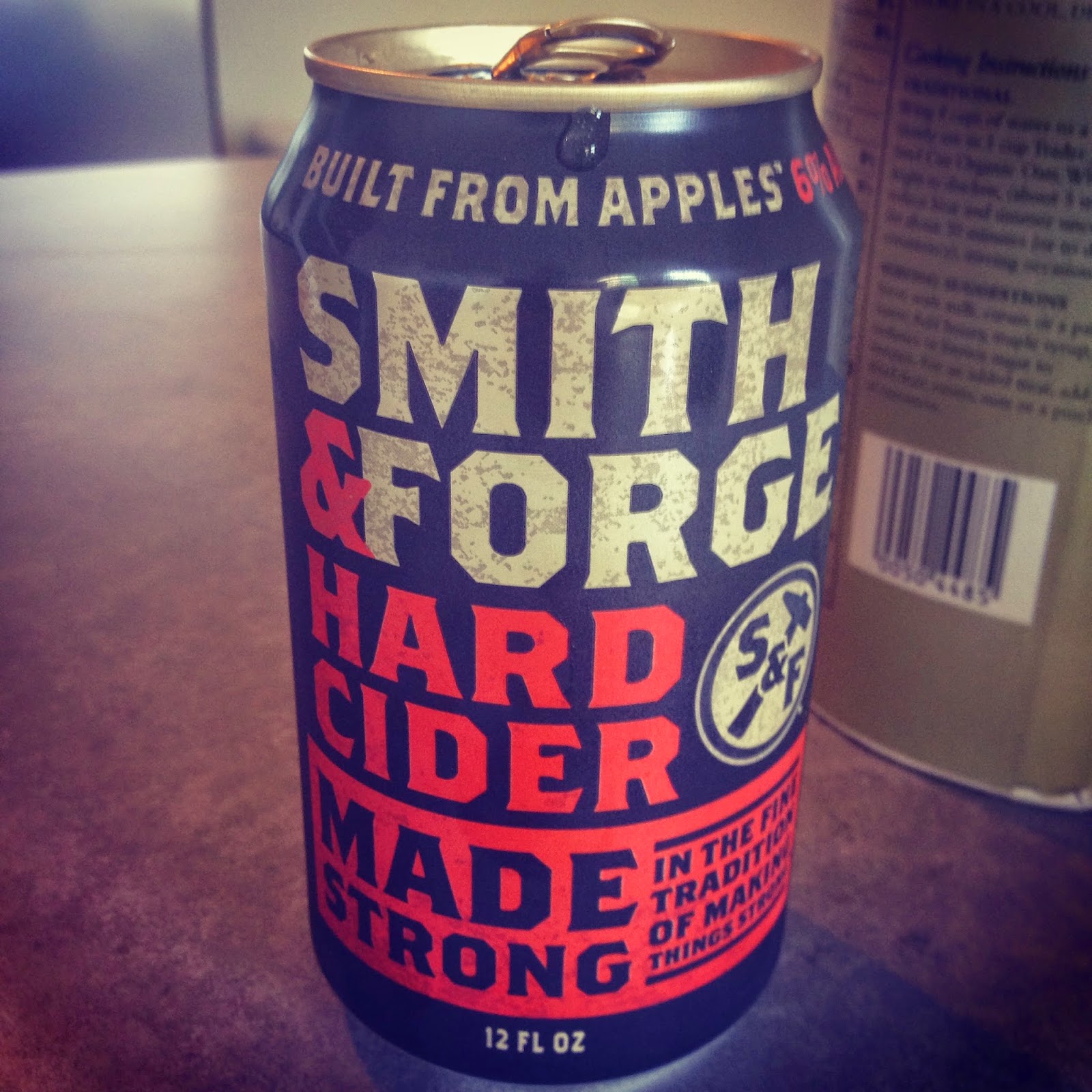 My other recipe recommendation Flap Jacks. I replaced the golden syrup with honey a the former is hard to find and when you do (at Mariano's) it's very expensive! I like Bon Appetit magazine so much I've subscribed to it!